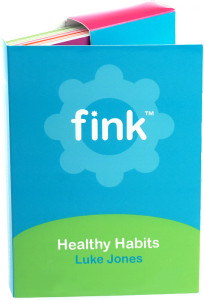 Attempting to change your habits can be frustrating can’t it?

It’s frustrating when you know exactly where you want to be, but despite your best efforts, you just cant seem to get there. It’s frustrating when things seem to be going fine for a few weeks, but then you suddenly fall off the rails completely, and you’re back to square one.

I experienced this frustration time after time when I first tried to alter my habits. I would jump in with two feet and attempt to change everything at once, but inevitably I would get nowhere. That was until I decided to step back and make things a little easier for myself.

I adopted the slow and steady approach.

The slow and steady approach involves taking your end goal and working backwards from it, all the way down to the smallest thing you can do today that will take you a step closer to that goal. Once you’re fully comfortable with that small step, perhaps after a few weeks or a few months, you can then start to gradually build upon it. Slowly and steadily.

Let’s take an oversimplified example of running a marathon. For the sake of the example we’ll say that you’re currently sedentary, but you want to run a marathon at some point in the future.

It’s unlikely you’ll be able to jump off the couch and run a marathon straight off, so how can you break that marathon into achievable sub goals and daily habits that you can gradually work through?

Maybe one step down from a marathon is a half marathon. Down from that may be a ten kilometre distance, then five kilometres, then two, then one – all the way down to just walking four hundred metres to the end of your street and back every day.

Whatever you decide to start with, the idea is that you should perform the habit every day until you’re fully comfortable with it, maybe thirty to sixty days in a row. When you’re feeling comfortable, you can then begin to gradually build – maybe you start walking six hundred metres a day, or eight hundred.

Wherever you’re at, the idea is that if you perform the habit every day, over time the repetition will make it second nature. And it’s not just applicable to running. I’ve used the slow and steady approach to form a regular meditation practice, change my diet, and even alter my career trajectory. Others have used it for quitting smoking, improving relationships, and learning new skills.

A big advantage of this method is that compared to changing everything at once, it doesn’t require that you exert a lot of your willpower, which is a finite resource. You’re making small simple changes. You’re also succeeding often, so you’re building your self-esteem and confidence.

One possible caveat is this: moving slowly takes patience. If you decide to take the slow and steady approach, you’ve got to be prepared to commit to the long haul, which can sometimes be frustrating.

You’re also unlikely to see visible results early on. By taking really small steps you’re not really making physical changes in the beginning phase – you’re altering your behaviour and changing how your brain works. You’re forming those important neural pathways and getting your brain thinking: “this is what I do now”.

If you stick with it however, the slow and steady approach is incredibly effective and rewarding. One small step each month adds up to twelve small steps over a year, which can make the world of difference to your health and life situation.

So next time that you want to make a change, rather than jumping in full force, think about how you can break your goal down into small steps. Avoid the frustration, and instead increase your chances of creating a lasting, sustainable habit.

Luke is the author of our Healthy Habits Fink Cards, 48 questions that will help you kick-start the conversation on healthy habits, so you can start to eat, move and live a little healthier.

You can buy your pack here. 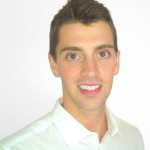 Luke is also an online content creator and wellness advocate. When he’s not relaxing with loved ones or practising movement, he spends most of his time exploring and sharing ideas in plant based nutrition, movement, mindfulness and sustainability at his site Health Room and on his YouTube Channel.

Stop it you are getting on my nerves! Parenting Teenagers
February 14, 2011